All aboard the Choo Choo train 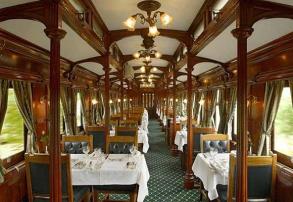 Now that’s what you call a train.

There is something very romantic about the clackety clack of the wheels and the sway of the train while the countryside goes rushing past.  It’s civilised.  Not like flying.  Hurtling through the air in a pressured metal tube squashed up against complete strangers who hog the armrest.  We all know that is not fun – it is a means to an end.

Train travel however is different.  It is mostly about enjoying the journey and seeing the scenery – except if you are on one of those super high speed trains.  I must confess it makes me rather nervous to think about it.  I have done the Eurostar under the English Channel – 300 km per hour!  A lot of this is under the sea of course going through a tunnel.  The countryside does flash by rather quickly but it is still an elegant way to travel.  Takes you from the heart of London to the heart of Paris in 2 hours and 15 minutes.  Plus you get a proper seat and if you upgrade – enjoy a lovely lunch with wine.  Yes – that is the way to travel.

You might think that is fast – but it is not the fastest in the world.  Far from it!  The fastest train in the world is the Shanghai Maglev Train from Shanghai airport to a metro station on the outskirts of the city.  It takes just 7 minutes to do 30 kms and travels at a scary speed of 431 km per hour.

Now most of the train trips I have done in Europe have been fairly short – maybe a couple of hours.  Just enough time to enjoy a glass of wine and a snack.  However I do remember very long train journeys when I was a child in England.  My father was in the Royal Navy and so we had to travel around a lot – often from one end of England to the top of Scotland.  Those were long long journeys and when our train tickets arrived at the house in the envelope marked OHMS (On Her Majesty’s Service) they were not first class.  😦  And so we learned how to take our own lunch on the trains and how to sleep on uncomfortable seats.

However if you do decide to sleep on a train you can do it without breaking the bank.  It’s like being a kid again – you get a bunk bed!

Now – imagine – you can have that age old fight.  Which is better – top or bottom?  And why?

But if you are a serious train buff then there are some incredible journeys you can do by train.

Beautiful Scotland with some fabulous stops to Oban and Bute … castles and mountains.  This is definitely on my bucket list – beautiful countryside – a mix of ship and coach and then this incredible train

Or what about this – Switzerland – where the trains always run on time.

I am not kidding.  I was in Switzerland and had a rather tight connection between two trains – about 7 minutes.  I found the Station Master and asked him what would happen if my train was late.  He looked at me as if I was a blithering idiot.  “Trains are not late in Switzerland” he said sternly. 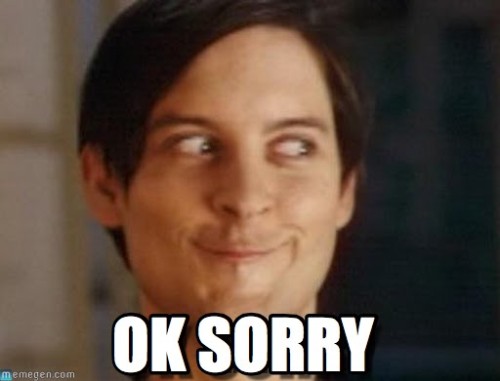 And if you want something really different – how about a train journey in India – this is definitely my most favourite and having visited India once by coach tour it is top of my list.

And no – you won’t have to sit on the roof or hang off the side of the train (although I guess you could if you wanted to). Instead you will ride the rails in the lap of luxury on this beautiful heritage train.

Wow … I could totally do that.

Are you a train buff?  Does the clickety-clack of the train tracks put you into an instant coma?  There’s a reason why people love train travel – and even more so in these days of Nasty Rotten Cheepo Airlines.  Train travel is so civilised by comparison.  The seats are wide – lots of leg room and you get a view.  Train journeys for the most part seem to be far more “on time” than flights and there is something quite thrilling about stepping onto a train with your luggage without having to go through numerous security checks.

Some favourite train rides?  Definitely the one from Zurich into Ötztal in Austria comes to  mind.  Of course everything in Switzerland runs on time.  It’s almost where time was invented.  So when I asked the station master in Zurich what would happen if my train was late he was unable to understand me.  “Trains in Switzerland are never late” he said with a frown.  Oops!  Riding the rails through the spectacular Swiss countryside was a wonderful experience and yes – our connecting time between trains was 3 minutes and the trains were exactly on time.

Likewise our high-speed train from Lyon to Paris was another joy.  Spoil yourself if you do this trip and upgrade to the comfort seats.  The two-hour ride flew by as we munched on freshly made sandwiches accompanied by – what else? – French wine!

But when I think of train travel I cannot shake off the memories of travelling around Britain on the train – sometimes on very long train rides from Scotland down to the South.  If we were lucky (like posh people) we would get a compartment.  The train steward would come around with blankets and pillows and we would make up the bunk beds and argue about who was going to get the top bunk.  There would be a neat little cupboard which would convert into a private wash hand basin between the bunks but you still had to head out to the end of the corridor for the public loo.  When you pushed down the pedal to flush the toilet you could see the sleepers below rushing past.  That was a source of great fascination.  “Mom, mom – are the train tracks full of people’s poo?” 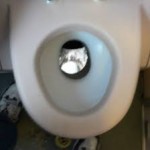 And then that scary moment when you went into the dining car and to get there you had to cross over that jumping moving surging connector floor thingy that linked the two carriages together.  So much excitement – no wonder we never slept on those overnight train journeys.  Just the rocking of the train and the click clack of the wheels –