People really get their knickers in a knot about the most peculiar things.  Having been on television for many years now I am used to getting aggressive or critical phone calls or email messages.  What always amuses me is that mostly people don’t identify themselves.  They have a criticism – sometimes valid – but don’t have the courage of their convictions. 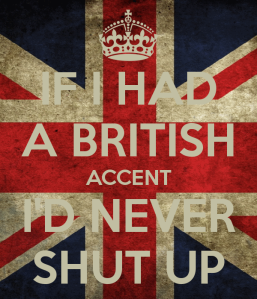 I once had a man leave a message on our voicemail saying that he was sick of hearing my “phony accent” on the TV.  Hmmm – I am afraid this accent of mine which is a jumble of Brit, South African and probably a good dose of Canuck – is stuck with me until the end.  So – sorry can’t oblige.

Someone else phoned once and told me I was a disgrace for discussing a trip to the World War II battlefields because I was making money on the backs of war heroes.  No…. I was advising the public on how they can get to actually visit the places where history was made and pay homage in the saddest cemeteries in Europe.

The best was a call I got on voicemail over the weekend.  A lady called to advise me that I had mis-pronounced Zihuatanejo.  I pronounced it Zee-what-a-nay-ho.  She said no – that is wrong.  She could understand the anchor man’s mistake but I should have known better.  There is no Z in Spanish and the local people pronounce it Oo-what-a-nay-ho.

Oooo – what a lie.  I checked everywhere and couldn’t find any mention of a pronunciation like that.  Not on the Zihuatanejo tourism site, not on Forvo which gives you the correct pronunciation of all the places in the world – listen for yourself – http://www.forvo.com/word/zihuatanejo/

So I searched Senor Google in vain and could not find any reference to Zihuatanejo being pronounced Ooohuatanejo.  Kinda sounds like it belongs in East Africa somewhere when you pronounce it like that.

So…. I will just hang in until the next time I screw up.  I am sure it won’t be long.  I am bound to get something wrong – after all it is a big world out there and I better make sure I do my research.  Or I might just revert to type and just be a lazy bitch –   https://thetravellady.wordpress.com/2012/07/31/yes-i-think-i-am-a-lazy-bitch/