Insurance is such a pain to purchase.  There is no fun in it.  It just costs you money and you really don’t see anything tangible for what you have paid – until…….

I came across this story about insurance on a rental car –

(I work as the manager of a rental car office. It’s a slow day and so when the next customer enters, I take my time describing the extra insurance coverage benefits.)

Customer: “Seriously, do we have to go over all of this?”

Me: “Yes, sir. I want to make sure you are fully informed about what refusing the extra coverage means for you.”

Customer: “Fine, but let’s hurry up. I want to hit the road!”

Me: “No problem, sir. We’ve covered everything and you’ve declined all coverage. Please sign your contract and you are all set!”

(The customer signs and walks out the door. Not two minutes later, he walks back in looking sheepish.)

Me: “Hello, sir, did you forget something?”

Customer: “No, it’s just… Can I go ahead and get the extra insurance?”

Me: “I’m sorry, but why? You were adamant a minute ago that you didn’t want it.”

Customer: “I guess I changed my mind!”

(I walk out of the office and around to the back parking lot. Sitting on top of a decorative rock set to the entrance of the driveway is the car I just rented him – a brand new luxury car, with three of the four wheels hanging in the air.)

Customer: “I think I hit something. So can I get the insurance?”

Me: “Sir, you can’t get insurance AFTER you’ve damaged the car!”

Customer: “Why not?! I didn’t even leave the parking lot!”

(The guy ended up having to pay for the damage to the car, damage to the landscaping, the tow, and the days the car was unavailable for rent.)
(from http://notalwaysright.com/tag/car-rental)

So you see you really did need the insurance.  What about insurance to cover your vacation.  I have heard it many times “I don’t need cancellation insurance – I am going on this vacation come what may”…..

But it seems that a few clever clogs have taken it a step further with intriguing ways to work the system – take travel insurance and come back with a whole new outlook on life.
Here are some actual cases reported by BBC –

One involved a woman who said she had been forced to seek medical attention for several moles on her stomach. But medics assisting the investigators accurately spotted that the post-surgery scars were more likely to be synonymous with liposuction. 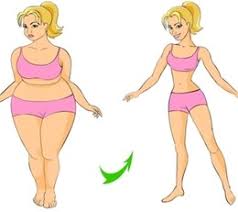 Here’s another beaut!  A man sent in a medical bill for a fictitious fractured ankle while abroad. When investigators overseas visited the clinic at which he claimed to have been treated, they found themselves face to face with “before and after” photographs of heads of hair on the walls. The fraudster had sent the bill from a hair transplant clinic that didn’t even deal with fractures.

A man claimed compensation for a missed holiday when his train to the departure point was supposedly cancelled. He tore the header off a genuine Transport for London letter, glued it onto his own word processed letter and presented it as evidence that his train was cancelled. Not only was this evidence false, but the train route he referred to did not exist.

And this guy certainly couldn’t be described as a “chinless wonder” – A customer claimed that he had been assaulted in Brazil, which led to his jaw being broken. Overseas enquiries revealed that the police report that he sent to support the assault was a false document. They also established that the hospital he named specialised in cosmetic surgery and when interviewed they said that the customer had had a cosmetic procedure to reduce the size of his chin. He had not told the hospital anything about an alleged assault.

Now that’s what I call a sexy chin!