“Old age is not for sissies” … A favourite saying of my mom’s.  Whenever something came her way – as it does when you get a little bit longer in the tooth – she would laugh it off in this way.  Looking around the world today there are a lot of older people who leave everyone else in the shade.

Take Bette Nash for instance.  She is a flight attendant who is 81 years old.  Yes – that is a hard job, on your feet pushing a trolley on a bumpy airline.  She loves it. 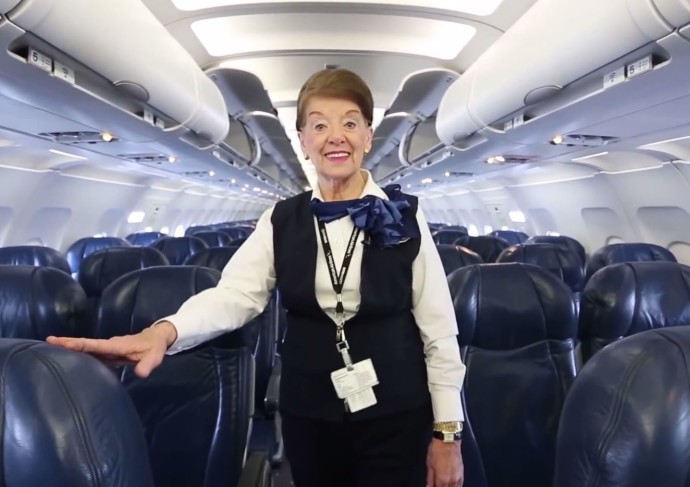 Bette has been doing this job since she was 21 –

In those days you had to be a certain height and a certain weight and if you put on a few pounds you had to go on a diet in order to keep your job.  However Bette says that over all those years travellers have not changed.

Despite all the little aches and pains that come to bother everyone as we get older, the fact is that baby boomers (and older) are working longer and travelling more.   Certainly cruising has changed so much that there are now many adventure style excursions and I was pleasantly surprised to find people much older (and much fitter) than me participating in pretty tough hikes in Chile.  Older travellers are no longer content to sit in a deck chair and watch the world go by.  They are out there in force!

Even backpacking holds no fear for this new generation of hardy travellers.

How about John Waite from Australia – at 89 years old he is probably the world’s oldest backpacker. 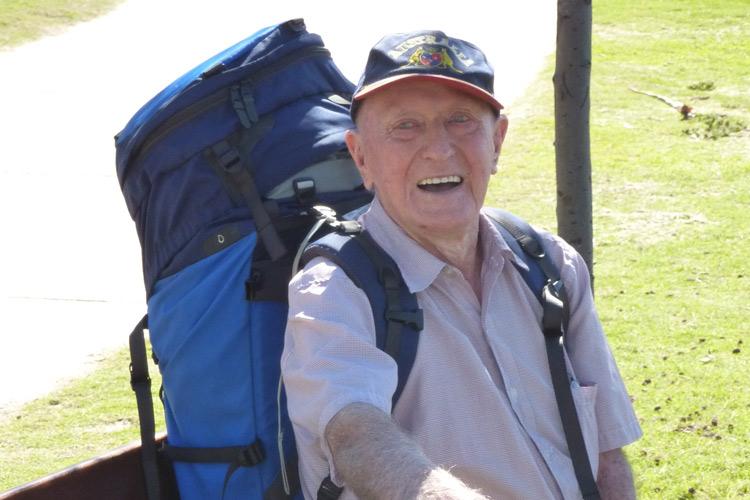 He stays in hostels when he travels and says he doesn’t mind dormitories because he was in the army and got used to that.   When he checks into a hostel he is usually greeted with a warning that this is a place for young people and you won’t be able to sleep because it gets noisy at night.  He shrugs that off saying that if he can’t sleep he will just join in with the crowd.  He shares his stories and meetings with Mother Theresa and the Dalai Lama.  Amazing.

He had his fair share of adventures too – getting stoned in Islamabad because he was wearing shorts and getting robbed in Mexico.  He did put up a good fight to quote him

“I had a bad feeling walking down this street and then suddenly there was this guy with a short length of pipe,” he says.

“He made a rush for me and I lashed out and caught him in the balls and he yelled and screamed and dropped the pipe.”  (courtesy of interview with Michael Turtle – travel blogger).

As you can see – getting old is not for sissies – it is for amazing people like this who just go out there and do it.  I hope I can join their club!