A peacock on a plane?  Yes it gets stranger and stranger – the whole idea of emotional support animals.  Now I am no psychiatrist and I am sure there are very real ways some animals can calm, heal and reassure us humans.  Just a few weeks ago there was a story on Global News of a lady in Calgary who has chickens as emotional support animals and her fight was to enable her to keep them on her property.

Now that’s one thing – but taking a peacock on a plane???  I feel a bit sorry for the lady in question because she had even taken the step of purchasing a seat for the bird.  That made me pause for thought.  I wonder what she put in the name field on the reservation – Percy Peacock maybe – and of course the airline would have no idea until she arrived at the check in desk. 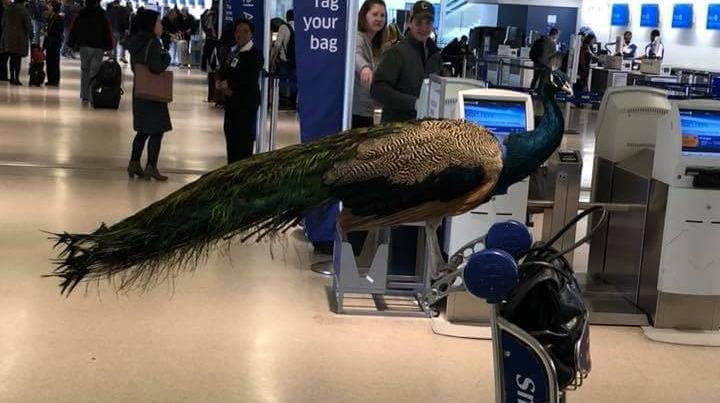 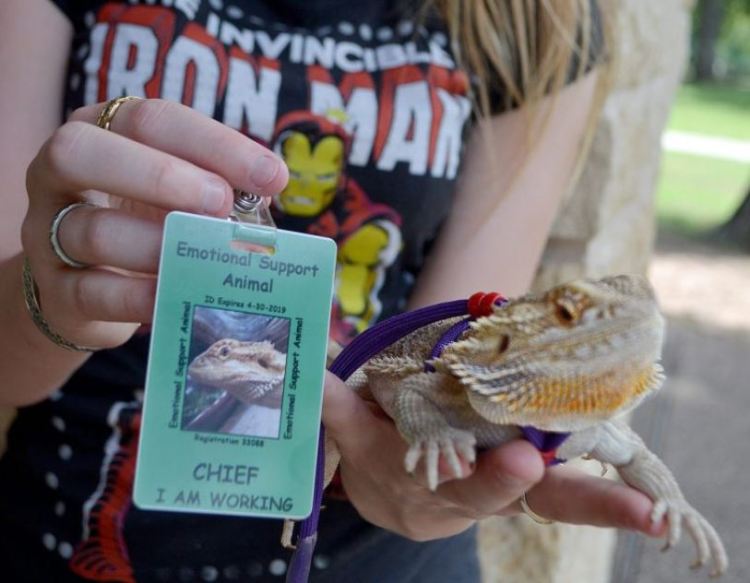 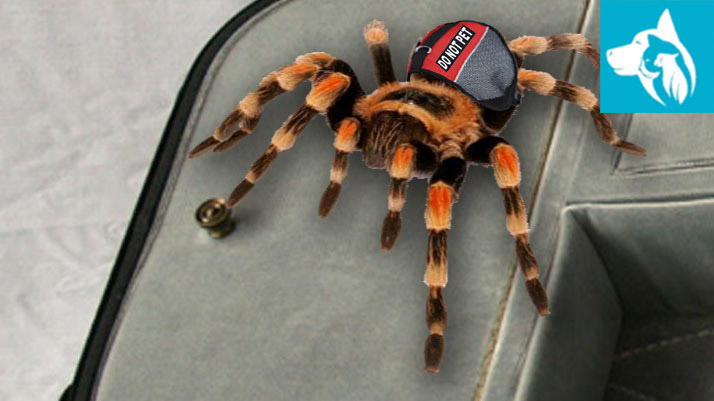 So if you have a fear of creepy crawlies you might be in need of some emotional support.

There have been pigs, ducks, turkeys and even miniature horses taken on flights.  Some ask when is this going to stop?   A recent article in the Washington Post reported –

When Marlin Jackson arrived at his row on a Delta flight from Atlanta to San Diego in June, the middle seat was already occupied by a man with a sizeable dog on his lap. Jackson squeezed by them to his window seat, and the Labrador mix lunged at his face. The attack lasted about 30 seconds, according to Jackson’s attorney, and left him with facial wounds that required 28 stitches and scars that are still visible today.

The mauling, which Delta said was inflicted by a canine identified as an “emotional support” animal, was among the thousands of incidents that just pushed the nation’s largest airline to tighten rules for passengers flying with service or comfort animals. In announcing the changes earlier this month, Delta said it flew 250,000 animals in those categories last year, an increase of 150 percent from 2015, while “incidents” such as biting or defecating had nearly doubled since 2016.

The debate goes on and everyone (at least in the States) seem to be citing their Federal Rights – those who need support animals and those who suffer badly from asthma or other allergy problems.