Overheard on a flight

Do you ever listen to other people’s conversations on flights?  Well sometimes you can’t really help it.  My experience is that if someone is having a conversation in the seat behind me it almost seems like they are talking right into my ear.  I am not sure if it is the pressurised cabin that creates this but this is maybe the reason so many people use noise cancelling headphones.

So yes – I do listen to other people’s conversations on flights – and I am not the only one it seems.  Lots of situations – some good – some bad – result from this.

Let’s look at a good one –  a young teacher from Chicago was on a flight in the US and started chatting to the next passenger.  She told him she taught at a school in a low income area and how the school community helped the kids by providing free breakfast, lunch and after school programs.  Her conversation was overheard and other passengers were moved to donate money – read the full story here  Read the full story here

That’s nice.  A happy ending.  Here’s a not so happy ending…. Have you ever been on a flight and felt fed up with the service.  Maybe you are delayed – stuck on the tarmac – frustrated.  You lean over and voice your dissatisfaction to your travel partner.  The flight attendant overhears you and you are kicked off the flight.  Sounds incredible?  But it’s true.  That’s exactly what happened to Whitney Miller and her father after hours of delay they were complaining to each other.  What they didn’t know is that the person behind them was a flight attendant with the airline.  She obviously was fed up about this and had them thrown off because she felt they were a “threat”.  Here’s the report AND some video

And what do you think would happen if someone sitting behind you tweeted out all the details of your private conversation to the whole world … well not exactly the whole world but 63.000 followers …Yep.  That is exactly what happened when a young good looking couple sat in front of Rosey Blair on a flight.  Now I have to confess that although Rosey has 63.000 followers I have never heard of her …. however.  I digress.  So the young couple started chatting and exchanging information.  They are both personal trainers and obviously were getting along famously …. too famously in fact because Rosey was tweeting live time about their conversation, how they looked at each other and even the fact that they both went to the washroom at the same time.  Really????  Over 630.000 retweets.  Goodness me.

The poor girl got totally harassed and insulted and had to delete all her social media accounts.

So there you go ladies – next time you get seated next to a handsome hunk on your flight  check who is sitting behind you and if you think they are tweeting about your private conversation maybe you just want to spill your coffee all over their phone! 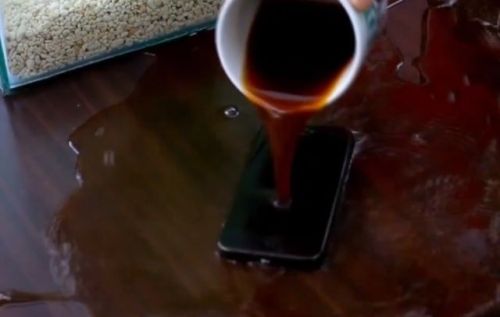 This entry was posted in Uncategorized and tagged Flight delays, overheard on a flight, thrown off flight. Bookmark the permalink.