You know the feeling – you get home from vacation and unpack your suitcase and then you start wondering – What happened to my ………. (fill in the blanks).  It’s easy to get distracted when you are rushing to pack and make your transfer for your flight home.  However some of the things left behind in hotel rooms really make me shake my head and wonder why people even took them on vacation to begin with.

Here are some classics collected by Reddit from hotel employees –

“Ducklings. The guest said the mother had died and started looking after the ducklings herself. We found them in the bathroom. After that they were kept in someone’s office till the right people came to collect them.” 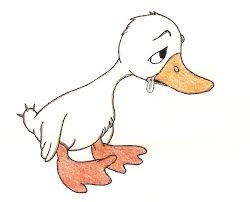 “We had this guy stay for a full week without letting housekeeping into his room. Each day we brought him new towels and new trash bags and he would meet us at the door to take them. When he left, we were terrified of what we would find, but the room was spotless. He had not touched a thing, and had even gone behind himself to clean with bleach. All the towels we brought him were folded up neatly, apparently unused. Even the bed was how we had left it. Super weird.”

And another beaut courtesy of Great Hotels of the World website.

“But it’s an hotel in the Algarve that has the strangest animal-related story. One of their guests went fishing at the hotel and came back with a shark, which he kept in the bathtub at the hotel – not realising that sharks need saltwater, not tap water. When the poor creature began to weaken, the guest apparently decided to leave it behind, giving the cleaner the fright of her life when she came in to tidy the room. The shark was promptly returned to its natural habitat, and lived what we can only hope to be a long and fulfilled life.” 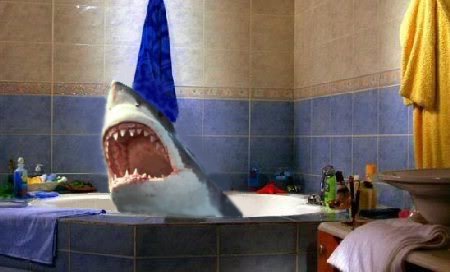 It’s not just hotels – lots of strange items are left behind on planes.

Dentures, handcuffs, a box of dried fish, plus bags of sand, diamonds and onions, were also discovered by 700 international cabin crew members from 83 countries, according to the travel booking website Skyscanner.

What’s next?  Leave your head if it wasn’t screwed on????